Live note taking at #IIeX in Amsterdam. Any errors or bad jokes are my own.

The showcase is a collection of small companies used by Unilever.

Get smart: Community your research with Twice the Impact at half the cost by Paul Field, TouchCast 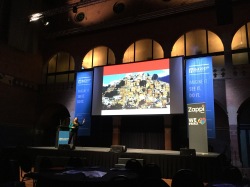 Cracking the code: researching, understanding, and engaging consumers at the base of the pyramid by Melanie Edwards, Mobile Metrix 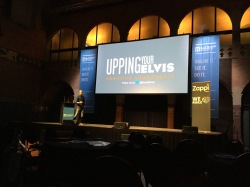 Driving insights into ideas: creative leadership and the way of Elvis by Chris Barez-Brown, Upping your Elvis 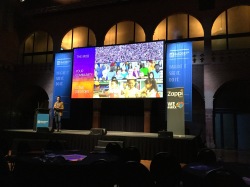 … Live blogging from Bogoto, Colombia, any errors are my own, any comments in [] are my own…

Welcome to this series of live blogs from the Market Research in the Mobile World Conference in Cincinnati. With so many sessions, I’m only blogging about a few sessions each day. All posts appear within minutes after the speaker has finished. Any errors, omissions, or silly side comments are my own.  I’ll also be providing end of day summary blog posts for Esomar so keep your eyes peeled for those as well.

Co-creation is a beautiful idea. Companies working together, in cooperation, with the common woman and man on an equal footing to create new and better products and services.

But are they really on an equal footing, each one contributing and benefiting the same amount from the team effort? Let’s be honest with ourselves. There is no equality in the relationship. There is a researcher and there is a opinion provider. There is a client giving serious cash to a research company and an opinion provider who is hopefully getting a sense of contribution and perhaps a couple bucks.

Is it co-creation? No. Co-creation is an idealistic term, a Pollyanna word, a term we use to describe a utopia, a term we use to make ourselves feel better about an unequal relationship, a term to deal with the cognitive dissonance we feel around our inability to pay opinion providers more than a couple of bucks. It makes us feel better about the imbalance of power that permeates our work.

Don’t get me wrong here. The lead researcher may very well feel very strongly that they are engaging in a well-rounded team-based relationship. And, maybe the senior management of the company feels that way too. But wanting doesn’t make it so. Until that ideation has percolated down to everyone on the team, the junior analysts who’ve only been told to monitor the system for swear words, the portal programmers who haven’t internalized the importance of privacy, until everyone internalizes the concept of team effort, until the opinion providers have just as much say and benefits in return as the clients and researchers, it’s just not co-creation.

Research groups, or DROCs, or MROCs, or whatever you like to use when you’re busy with co-creation, are a great idea for everyone involved. All parties get something desirable for their efforts.

An Acceptable Use of Pie Charts: Van Gogh Color Distributions #MRX
3 Reasons Why Researchers Hate Focus Groups #MRX
Pie-Packing by Mario Klingemann: More fascinating pie chart art
Can a Cup of Coffee Prevent a Suicide?
My Tastebuds are Leptokurtic, How About Yours? #MRX 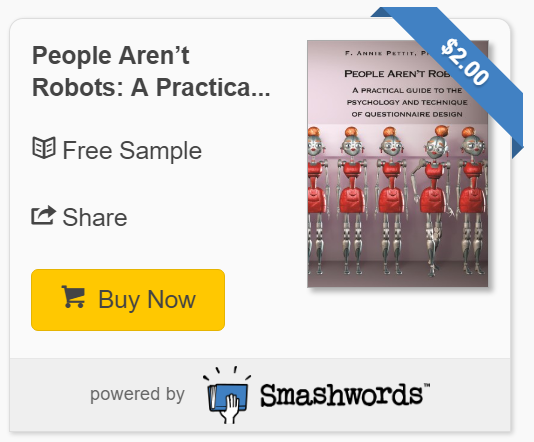